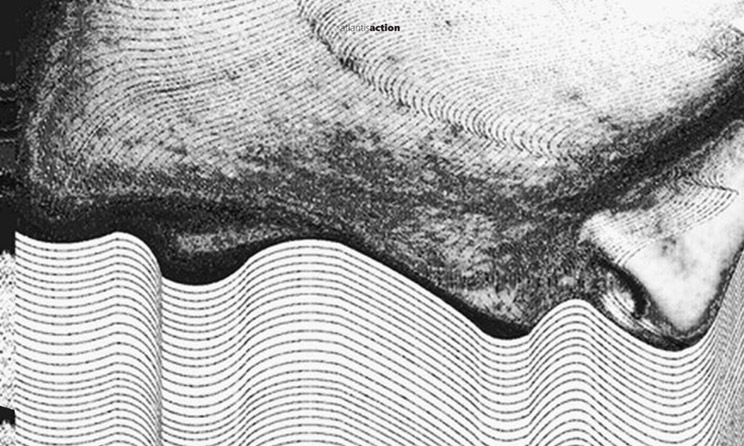 Signal processing and the production of space

A signal is the physical carrier of content and expression – it can be transmitted and processed, which we call signal processing. From the angle of physics, this may involve spatial transmission and diffusion, conversion and transduction, filtering (selection and masking), modulation, convolution, storage and reproduction of information, amongst others. It covers both time-continuous and time-discrete functions, analogue and digital signals, rhythms and algorithms. These processes are incorporated in almost all of our machines and installations (our tools) but function by means of a limited set of principles – abstract and concrete. Accordingly, the apparent fundamental principles of the signal itself are being employed here as explorative tool, as way of listening – epistemological and ontological (waveform as abstract function of time and the physical oscillations of space and time).

The advancement of electronic and electromagnetic technology, and signal processing in particular, has radically changed the ways in which we experience, conceptualise and organise space and time. Complex models, diagrams or abstract machines [2] and their concrete applications affect and have significantly transformed everyday life – in different ways, however, to a large extent depending on one’s access to and control over these applications. This short text highlights some social and spatial implications of the contemporary machinery, but by no means intends to give a general overview. It rather focuses on the ways in which signal processing transforms habit, or everyday rhythm, as well as perception itself – and therefore social and spatial practice at large.

The electroacoustic process changes the ground rules for acoustic behavior, first of all, by changing the form of the sound’s energy from physical and mechanical to electrical, and second, by adding energy to it. The resultant audio signal, representing patterns of voltage in time, takes on the characteristics of electricity, for instance, the ability to travel with the speed of light, nearly a million times faster than sound! […] Therefore, we can see that at its very basis, the electroacoustic process is not merely a simple extension of the capabilities of sound, but rather a fundamental transformation of how it works. [2]

As Barry Truax points out, signal processing requires electricity, additional energy to amplify and modify sound. For example, a concert hall amplifies and extends sound by means of its own material properties and spatial dimensions, which involves reflection or absorption, resonance and diffusion. Yet an electroacoustic system is powered externally, in constant need of electricity, but in return would be able to modify the spatial characteristics of a hall without changing its physical structure. The reverberation of a hall, for instance, can be enhanced or reproduced and consequently these characteristics are bound neither to spatial limitations nor to context. In other words, the certainty of a static or absolute acoustic space is replaced by an expanding, but less stable, relative sense of space. Some advanced electroacoustic systems enable the juxtaposition of spaces, projecting the acoustic properties of one onto the other – whereby the spatial properties do not need to correspond to one another. [3] In addition, the adjustable properties, technically, can be programmed as a function over a specific time frame, and can be stored, retrieved and copied.

Similarly, real-time processes, as they developed from early telecommunication to contemporary mobile and locative technologies, [4] or social media, allow for the superimposition and synchronisation of different spatio-temporal frames and tend to de-contextualise and re-contextualise at high rates – which also applies to the expanding, but exclusive, means of transport (mobility). David Harvey contextualised this ‘shifting relative space’ (dimensions, distances) or ‘time-space compression’ historically, and relates it to the emergence of more ‘flexible modes of capital accumulation’ accompanied by compatible forms of cultural practice – which are necessary for capitalist expansion, and in return further amplify uneven development and social exclusion. [5]

The particular rhythms by which these spatio-temporal frames articulate are designed, or programmed. They can be controlled by the algorithms of an operating system’s architecture, for example, and commonly are confined to the human body and its devices, physical infrastructure and environment. Moreover, it is important to note that these aforementioned technologies, the ubiquitous especially, enable external and centralised control while remaining flexible and diffuse – they may have a ‘dual-use’ function (intercommunication as well as control and surveillance) and therefore cannot be isolated from power relations or political and economic interests. [6] This applies in particular to a context in which propagating real information, if it threatens certain interests, is systematically silenced or even violently muted. [7] The clarity, of the tool itself and its underlying governance structure, is therefore a matter of the utmost concern, which applies to an ordinary device as well as a highly specific design tool.

Contemporary design tools improve their efficiency and expand their capabilities – from predominantly Euclidean and Cartesian to non-Euclidean geometries or topology, for instance, or from static (off-line) to real-time (dynamic, adjustable, adaptive) processes. Hence the tools become increasingly more complex and interdependent (they require compatibility and updates). Therefore, such a machine, first of all, requires a division of processes, whereby particular data and methods are encapsulated into objects with restricted accessibility. This is also known as ‘encapsulation’ in the field of computer science and communication technology (object-oriented programming and telecommunication respectively) but expands to other areas, such as financial management. [8] Encapsulation improves the efficiency of a system but also amplifies its exclusion mechanisms – it eliminates the irregular and incompatible. Access to the operational core (source code) as well as parts is selective and can be transformed only by those who are authorised to do so.

Similarly, a tool, system or object of concern is often conceived as opaque ‘black box’, which implies that its hidden internal process can be measured or defined solely by the difference between its input and output values (its transfer function) and presumes a measurable causal relation between input and output. [9] This particular abstract model or diagram of a machine enables analysis of internal processes, which would otherwise remain invisible, yet excludes non-causal or non-linear relations and the unquantifiable (everyday life, social relations, community, context) – in spatial terms it becomes what Henri Lefebvre would call ‘abstract space’. [10] The problem of incomprehension is to a large extent solved by improving the ‘user-friendliness’ of a tool’s interface, which often implies a reduction to a predetermined set of functions and parameters. [11] In other words, the process becomes less transparent, the tool more opaque [12] – which tends to restrain explorative potential and is vulnerable to manipulation.

In order to keep pace with the progress, we become more dependent on external or ‘prosthetic’ devices that expand, and to a certain extent become substitute for, our own capabilities and memory. Likewise, selection procedures, generative processes and decision-making can be outsourced to algorithmic processes and machines of artificial intelligence. The increasing dependency on machines and the decrease in clarity of their inner workings, which is inherent in their expanding complexity, may stipulate new types of uniformity, mechanisms of exclusion and uneven development – the ownership and control of, or access to, the means of (communicative) production remain critical. [13] Because it is precisely the production of space in which abstract models take concrete shape, the challenge for architecture and urbanism may be the ability to design and transform the operating systems of spatial practice, rather than merely adjusting the systems’ parameters within a predefined range – in other words, to recuperate the notion of an open-ended system.

[1] The general definition of ‘abstract machine’ is the abstract diagram of a computer; this conceptualisation is extended to any abstract model or diagram (whether it is mathematical, financial, socio-political, or else) that is reduced to functions and matters and therefore ‘independent of the forms and substances, expressions and content it will distribute’; Gilles Deleuze and Félix Guattari, A Thousand Plateaus: Capitalism and Schizophrenia, trans. by Brian Massumi (London: Continuum, 2004 [1987, 1980]) p. 156.

[3] Convolution reverb, for instance, allows to capture the acoustic properties of a space (the Impulse Response function) and to combine (convolve) it with a dry sound (for instance a voice captured by a microphone) which results in a signal that contains the sound as well as the acoustic space; this process of convolution is enabled by the Fourier transform, a method whereby a function is expressed by a sum of sinusoids i.e. a complex waveform is divided into a sum of sine waves.

[7] Some well-known examples are Chelsea Manning, Edward Snowden, Julian Assange, amongst many others.

[12] Regarding transparency or opacity of tools for architectural design, see Peter McCleary, ‘Some Characteristics of a New Concept of Technology’, Journal of Architectural Education, 42 (1988), 4-9.